Selena was raised at Cottonwood by a horse-crazy mother who was a high school teacher turned riding coach; horses and teaching are in her blood. Earliest memories include struggling to push a wheelbarrow up the manure ramp, daily “unauthorized dismounts” off her first pony Beauty and reading her book in the horses’ hay manger while they munched on dinner in the barn. Horsemanship education was a priority from the beginning; Pony Club lessons, exams, rallies, stable management quizzes, weekly lessons with first Western then hunter/jumper and dressage coaches to later clinics and training all over Vancouver Island, the mainland and into Europe and the U.S. have all contributed to her riding training.

Selena's equestrian experience includes everything from early years competing in western pleasure, Pony Club and 3-day eventing to managing the horse show at the Pacific National Exhibition and working in sales and training barns in Florida, California and Holland.

Selena obtained her coaching certification in 1994, she is an NCCP Competition Coach Specialist in the discipline of Dressage. Selena has sat on the Horse Council BC Board of Directors, organized the Horse Show at the PNE for 9 years and has been voted HCBC Coach of the Year. Additionally, her competition experience is vast, beginning in 1975 and continuing into current day BC Championships and the California dressage circuit, most recently with her horse Whitman, whom she trained from a yearling. 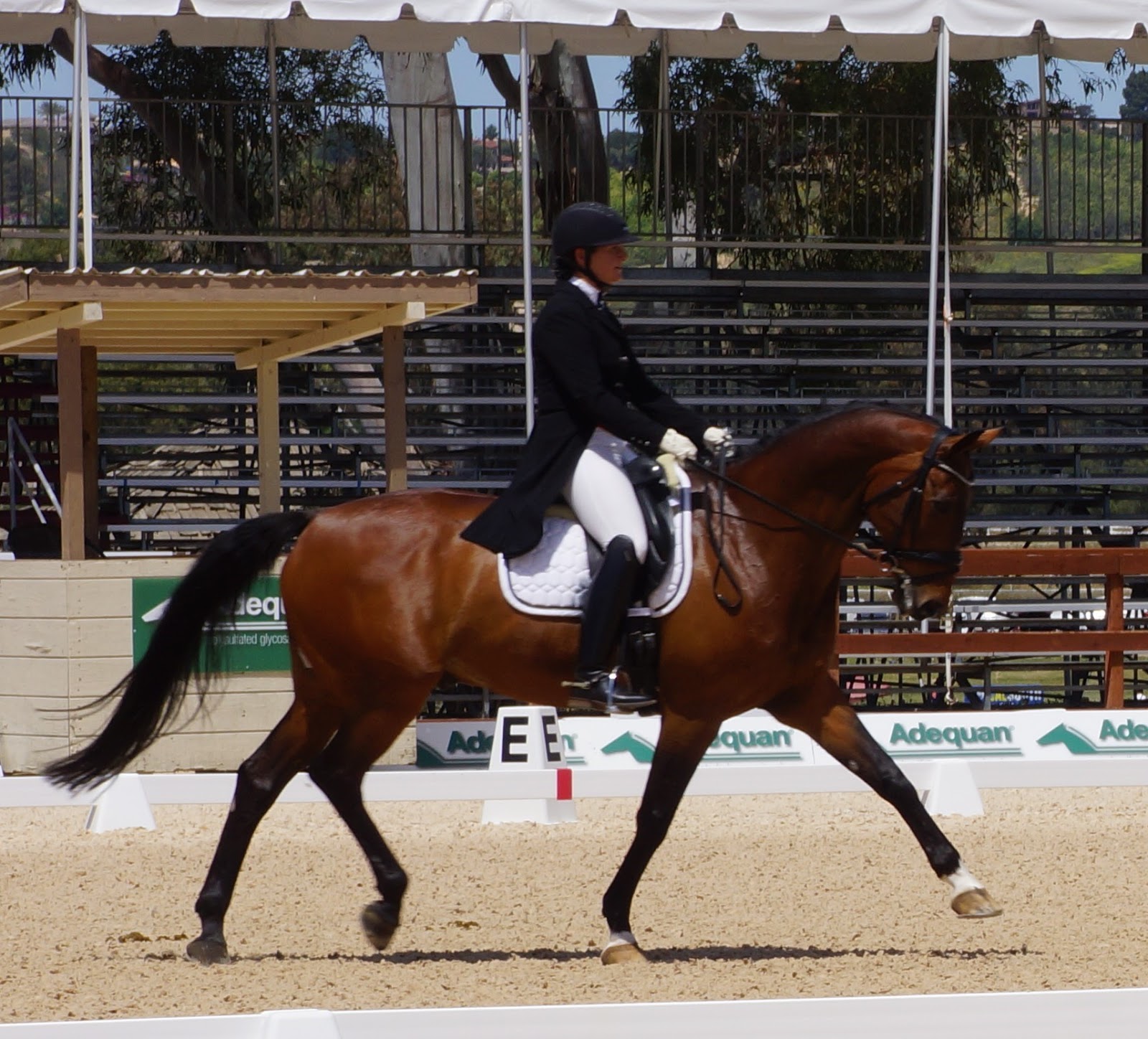 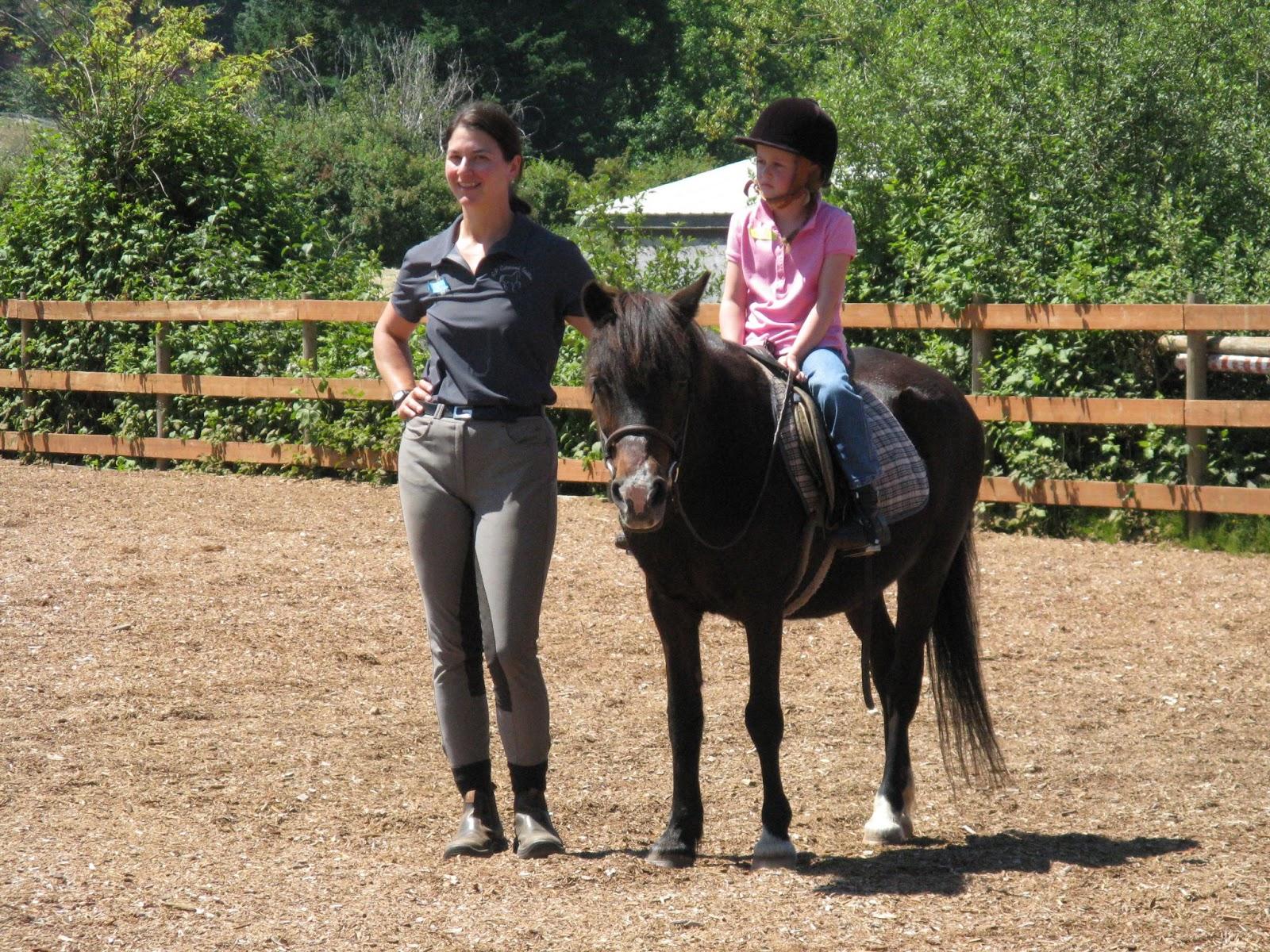 Cayen grew up in Flensburg, Germany and started riding at the age of 3. She quickly developed a passion for horses! Between the ages of 12 and 19, during her school holidays, Cayen would travel to Denmark to work at an Icelandic horse farm there. She learned a lot, about everything from horsemanship to the training of young horses.

After finishing high school, Cayen travelled to Australia where she spent a year working for a race horse trainer. When she left Australia, Cayen returned to her home country of Germany to attend university at Europa – Universität Flensburg to study International Management.

After graduating university, Cayen decided to come to Canada, where she first spent a season working in the Chuckwagon Circuit and travelling all over Alberta while caring for the Chuckwagon horses. Cayen then moved to Vancouver Island to work at G.P. Cottonwood Stables and started as our barn manager in November 2019. Since coming here, Cayen has been taking regular lessons to develop her dressage skills and is currently leasing Zephyr. Recently, she has begun to work on her coaching skills while being mentored as a coach-in-training and is planning to get her Instructor of Beginners certification soon. 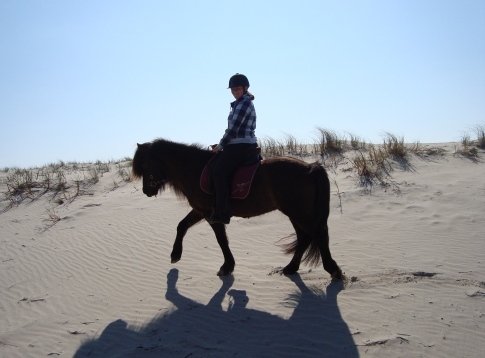 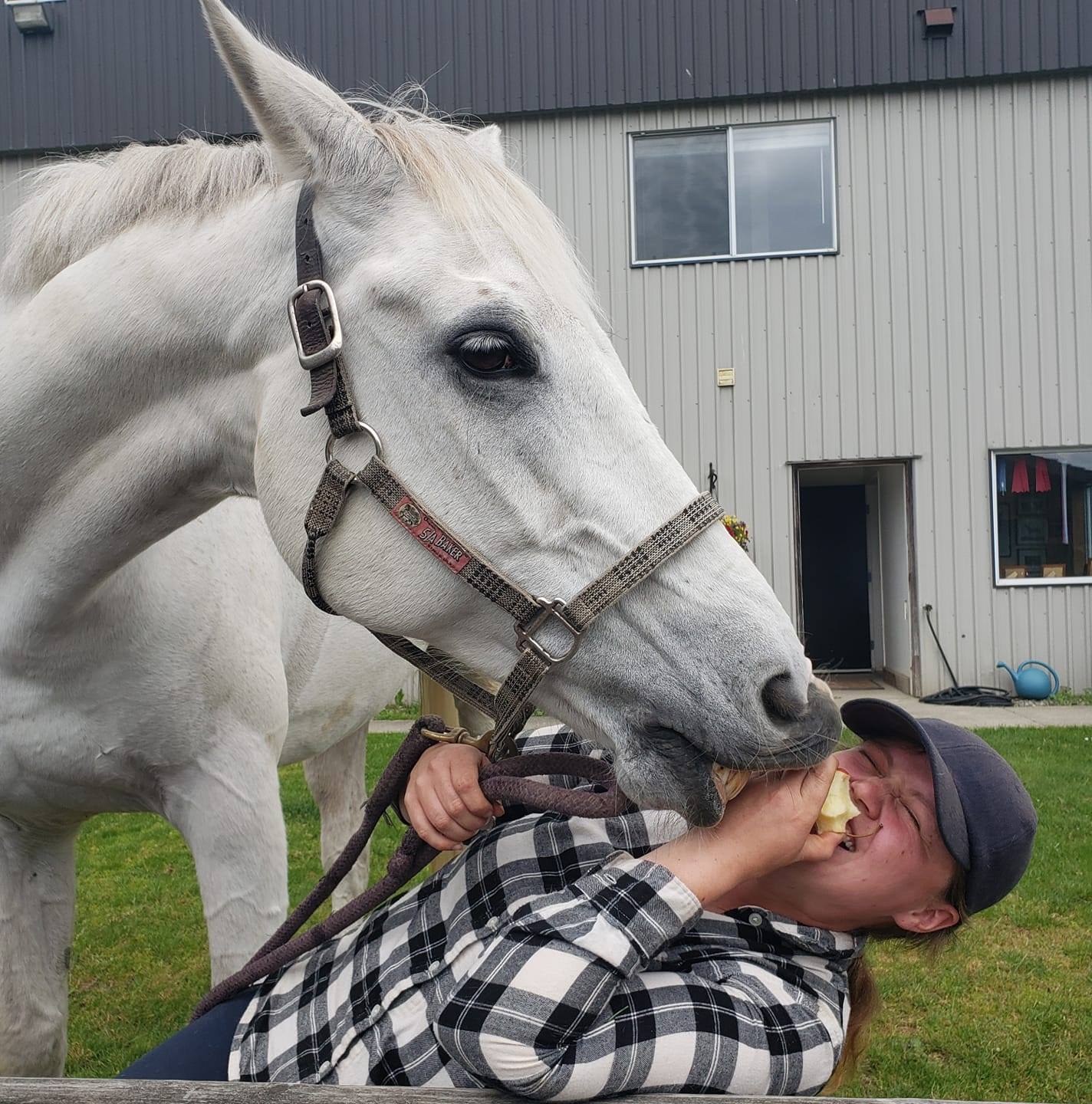 Leslie began riding at Cottonwood in Summer camps when she was 7. She had done camps at other riding schools before but loved it here the most! Leslie began taking regular lessons and rode many of Cottonwood’s school horses. Leslie participated in many of Cottonwood’s annual Test Days and when she was 13, began competing. The horse with whom she competed and trained the most is Mikey. They attended shows up and down the Island competing at First Level, Second Level, and FEI Juniors. They also competed at the BC Summer Games in 2018 where they won two silver medals. Their hard work earned them everything from local championships, like the Vancouver Island Dressage Series, to provincial championships through Horse Council BC and Dressage BC, to a national championship through the Canadian Dressage Owners and Riders Association. In 2019, Leslie was selected to attend the Jill Irving Youth Equine Mentorship Program in Wellington, Florida and later that year, had the opportunity to attend a clinic with Lendon Gray, a former U.S. Olympian, in Vancouver. Leslie was grateful when Selena gave her the privilege of taking Whitman to that clinic.

Leslie became more involved in coaching when she started helping as a pony camp leader and gradually progressed up to running and organizing the camps. This also led her to Cottonwood’s TA program through which she learned a lot about horse care and interacting with students. She began as a coach-in-training in 2018 and received her Equine Canada Instructor of Beginners certification in 2019. Although Leslie began university at the University of Alberta, working towards an Honours Degree in Political Science and History, in 2019, she has returned during the summers to work and ride here at Cottonwood! 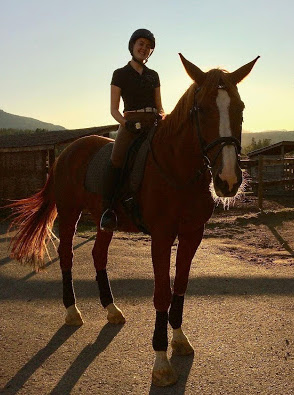 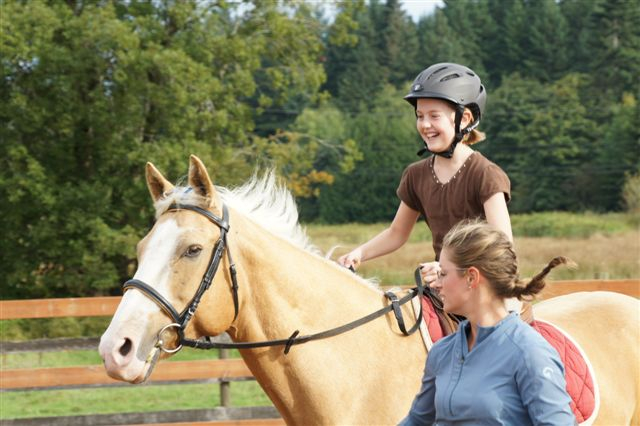 Jen Therriault grew up riding at hunter/jumper stables in the southern United States. She took a multi-year hiatus from riding after university but when her then 7 year-old daughter wanted to learn to ride, Jen decided that it was the perfect time to get back in the saddle. She has been at Cottonwood for about 12 years as a student and parent of students.

After early retirement from her career as an editor in the publishing industry, Jen began co-managing the daily care of the Cottonwood horses. Recently, she has had the opportunity to be mentored as a coach-in-training. When not feeding horses or coaching, Jen can be seen with Mikey a.k.a Mr. Wonderful. 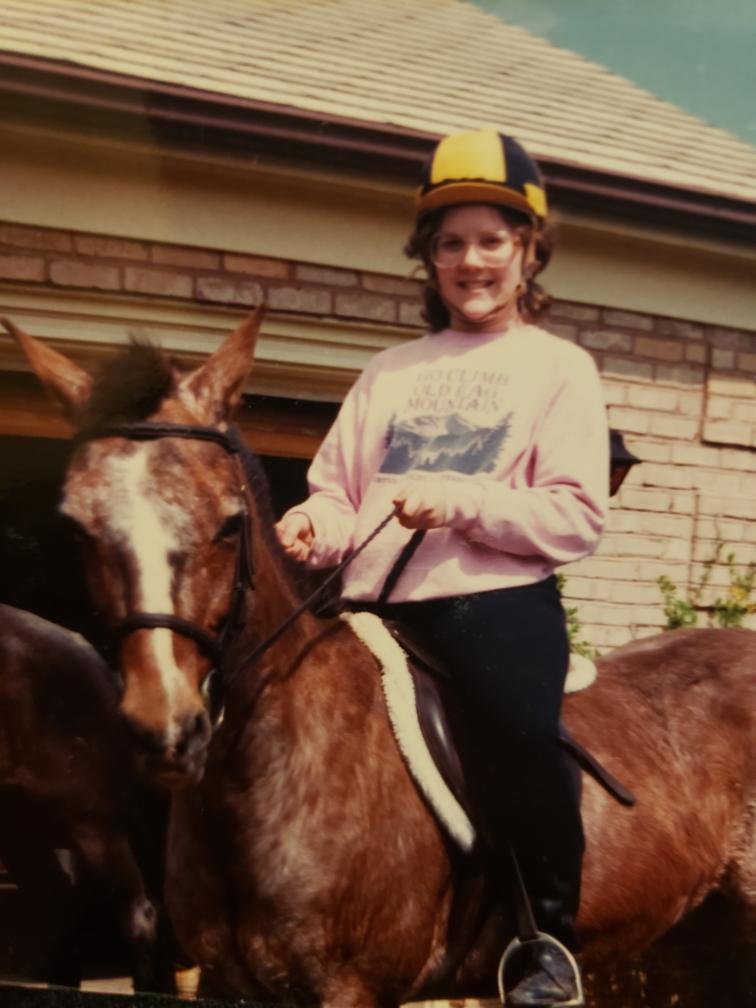 Mairi began riding at Cottonwood at age 7. When she was 12, she bought her horse Ringo and began her competitive career. In 2016, Mairi and Ringo won two silver and one bronze medal at the BC Summer Games. Later that year, they moved up to Third Level and were JR Dressage BC Champions. In 2018, Mairi and Ringo were BC Rising Stars Equitation Champions.

As for her coaching experience, Mairi started in Cottonwood’s TA program at age 12 and gradually took on more responsibility and moved up to become a senior TA. In 2019, Mairi earned her Equine Canada Instructor of Beginners certification, and has been one of Cottonwood’s assistant coaches ever since! Mairi is now working towards her Equine Canada Competition Coach Specialist certification. She is heading back to school in Fall 2021 to attend Vancouver Island University. 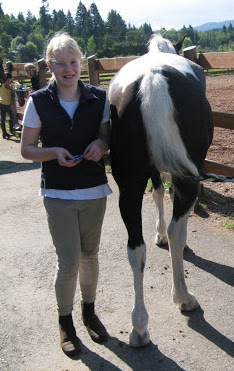 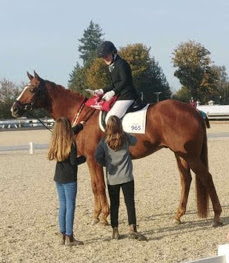 Sabine obtained her  Canadian Therapeutic Intermediate Riding Certification in 2008 and taught at the Cowichan Therapeutic Riding Association for 8 years. She also ran her own business teaching children with Autism and Down Syndrome. In 2009, she obtained her Equine Canada Instructor of Beginners certification and has been teaching part time ever since. Sabine has been an assistant coach at Cottonwood since 2017.

Sabine has had many horses over the years and went up the levels with her Dutch Warmblood/TB gelding and trained Prix St. George. Her new horse Harriet arrived at Cottonwood at the end of February 2021. They are on their journey to becoming equine partners. Sabine’s words of wisdom: “Horses always teach you something and keep you humble.” 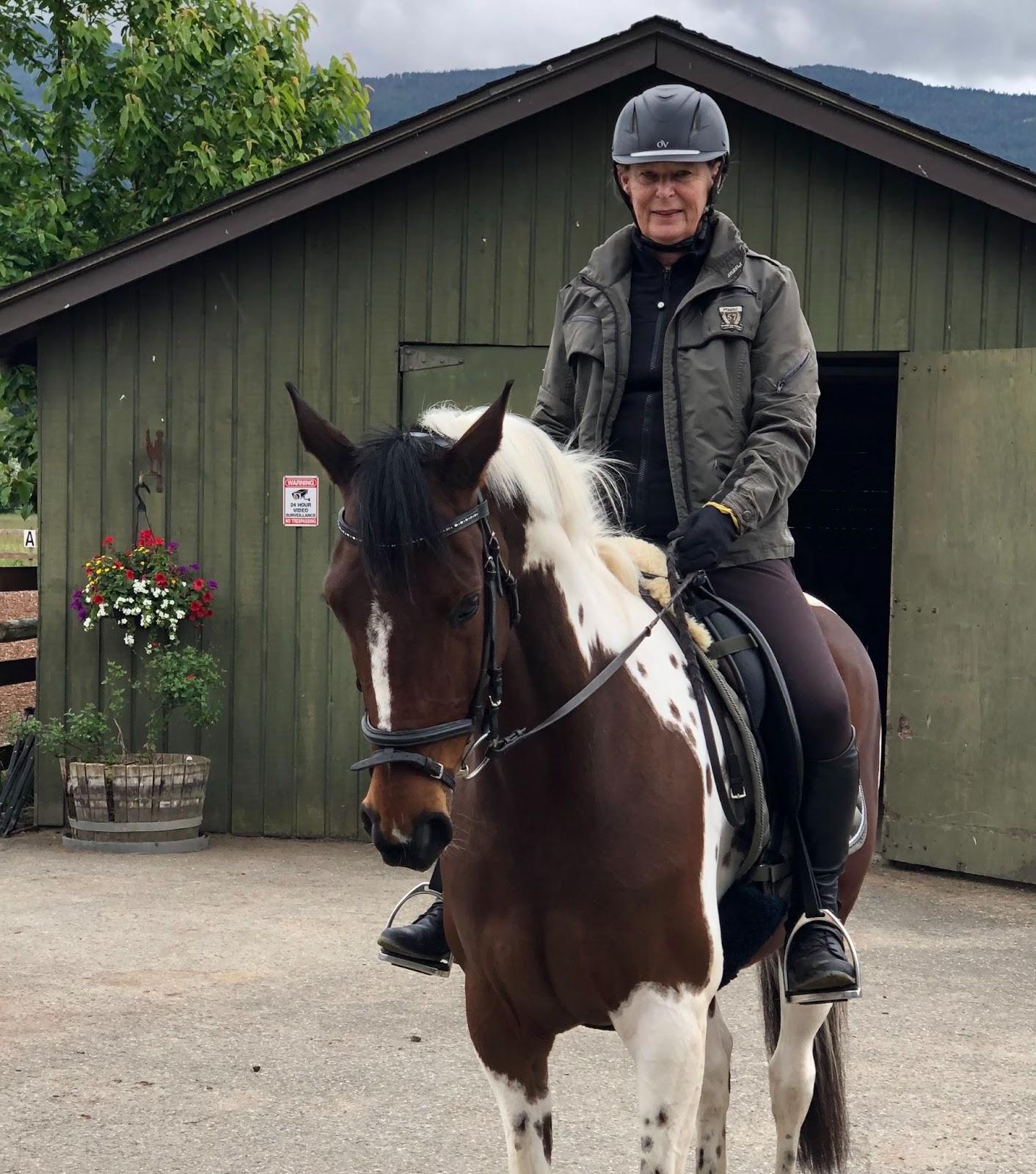 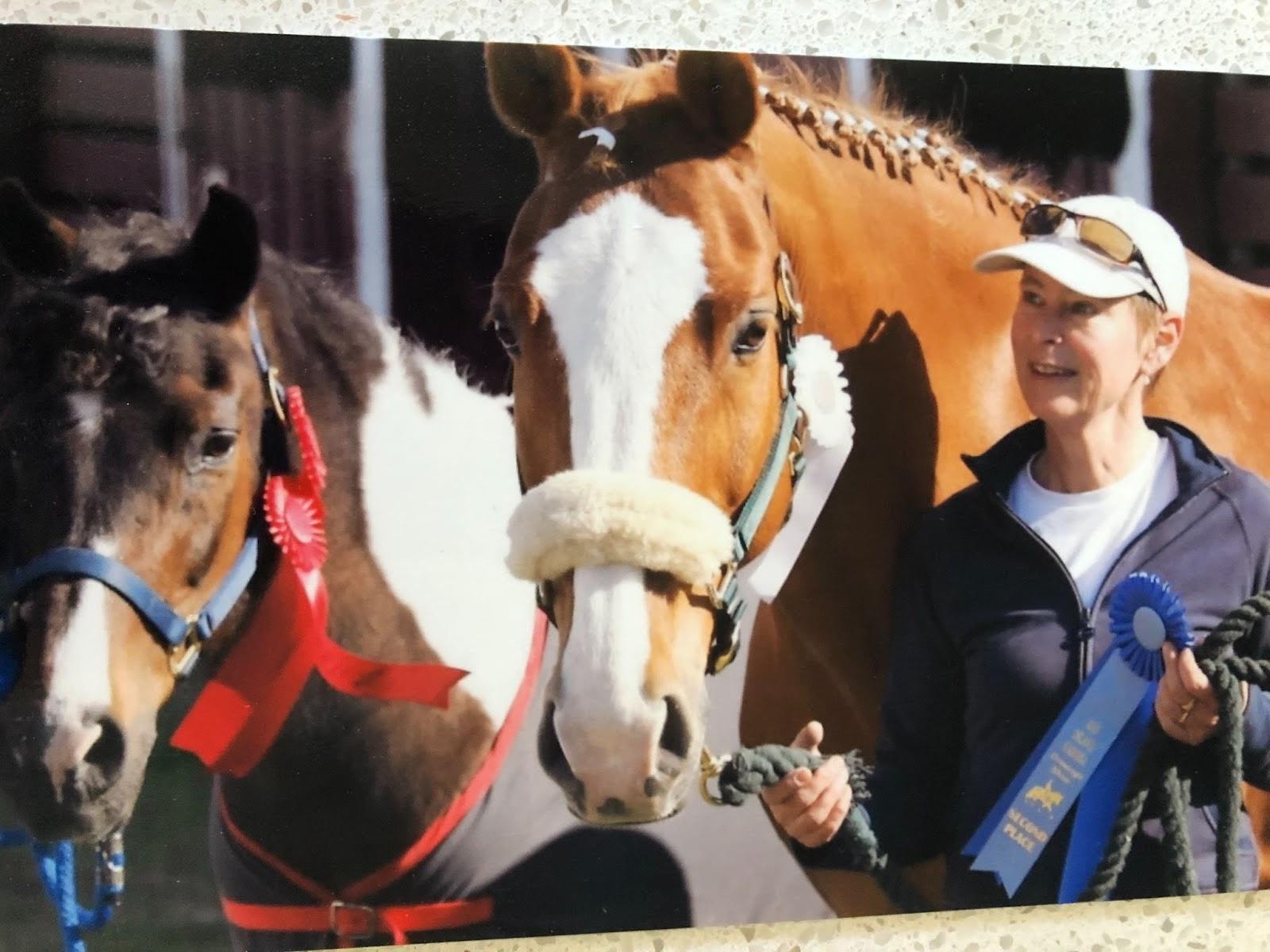